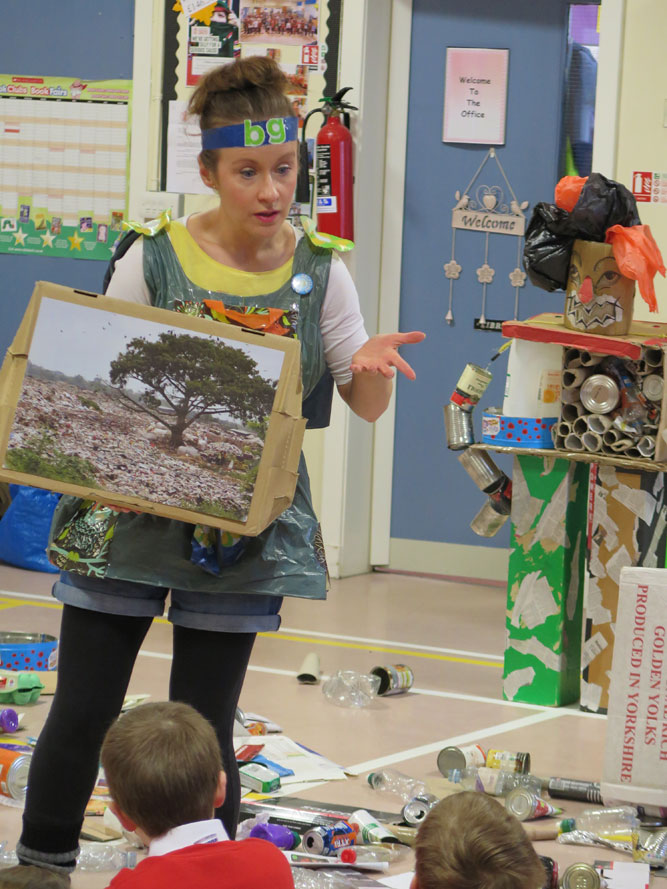 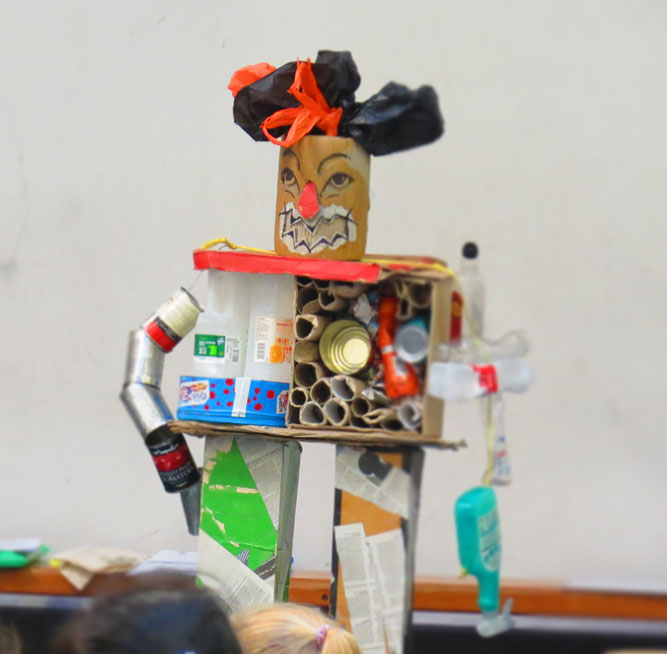 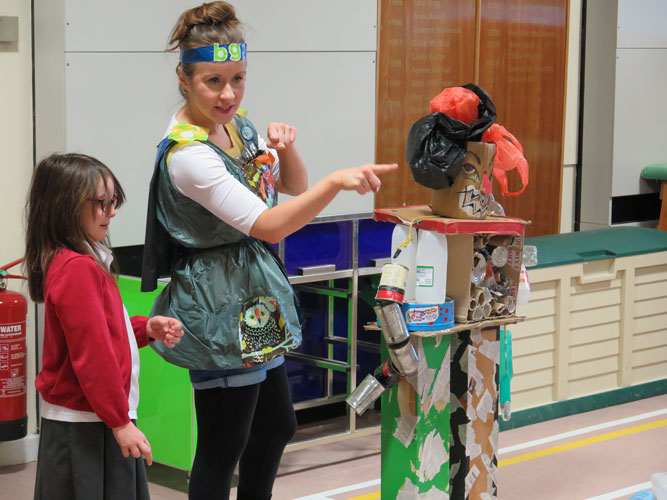 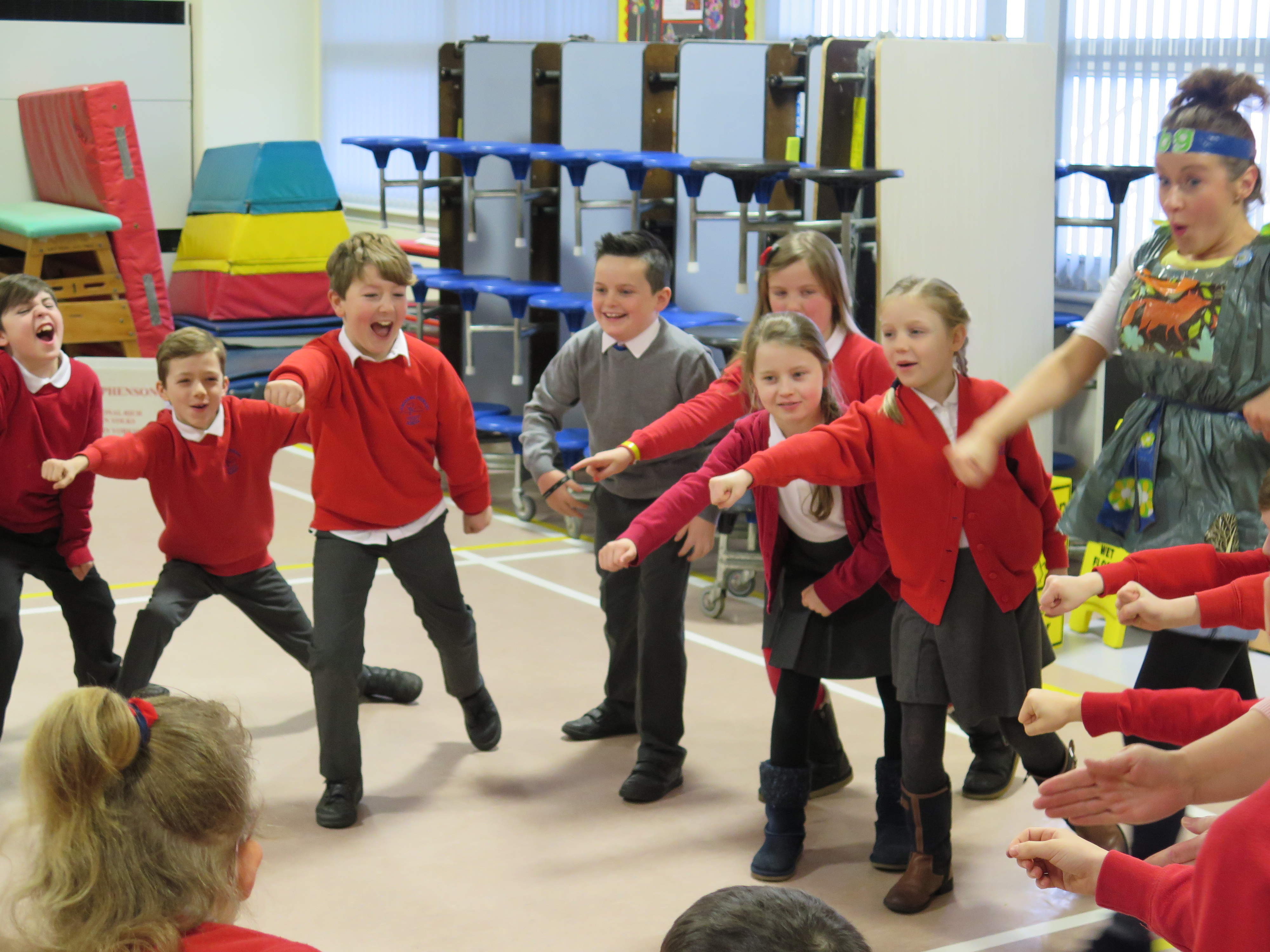 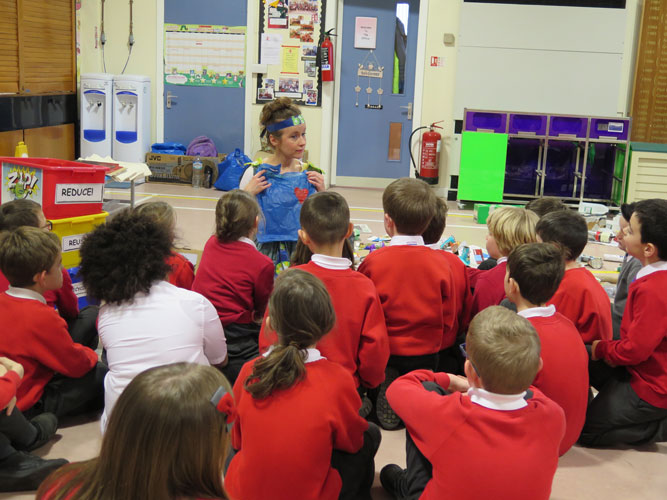 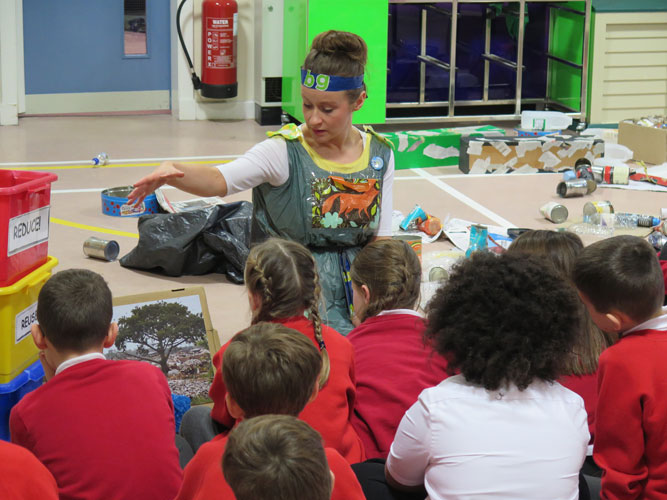 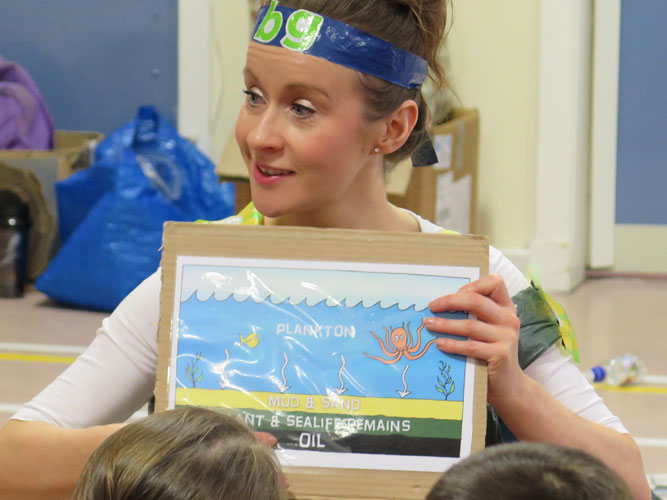 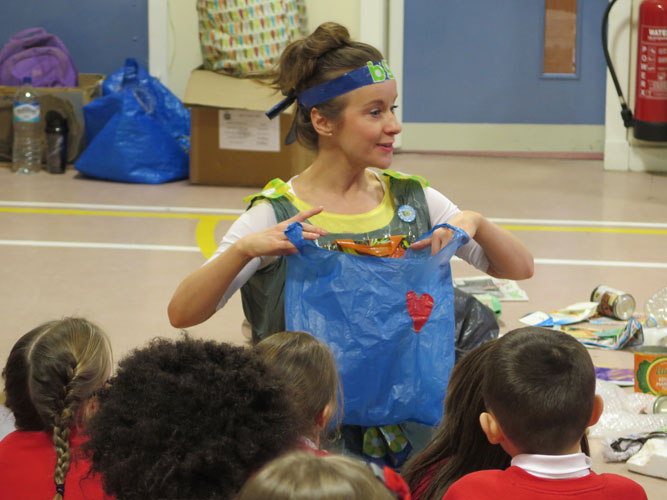 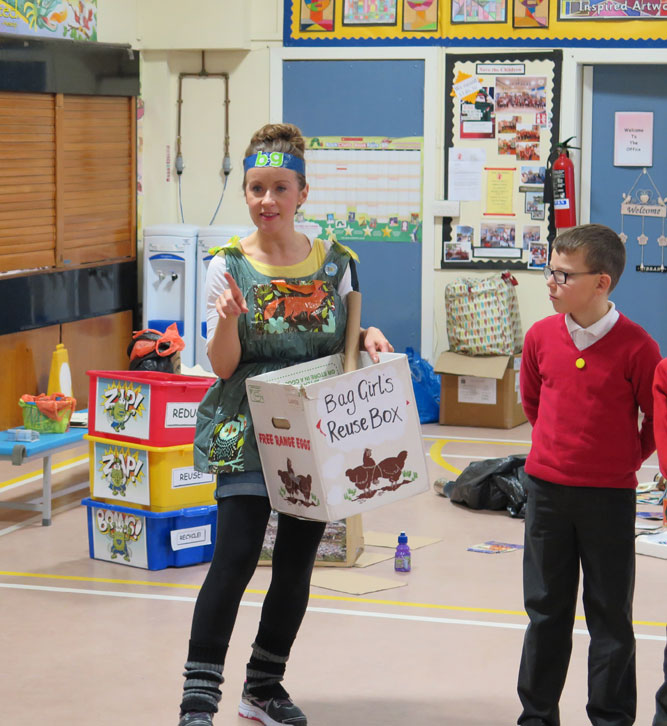 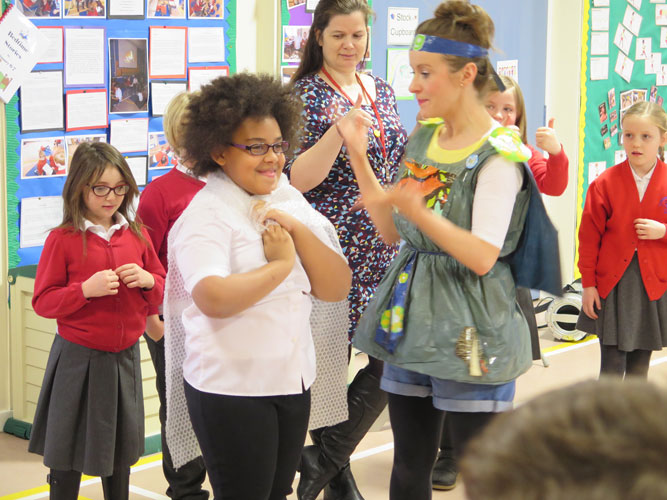 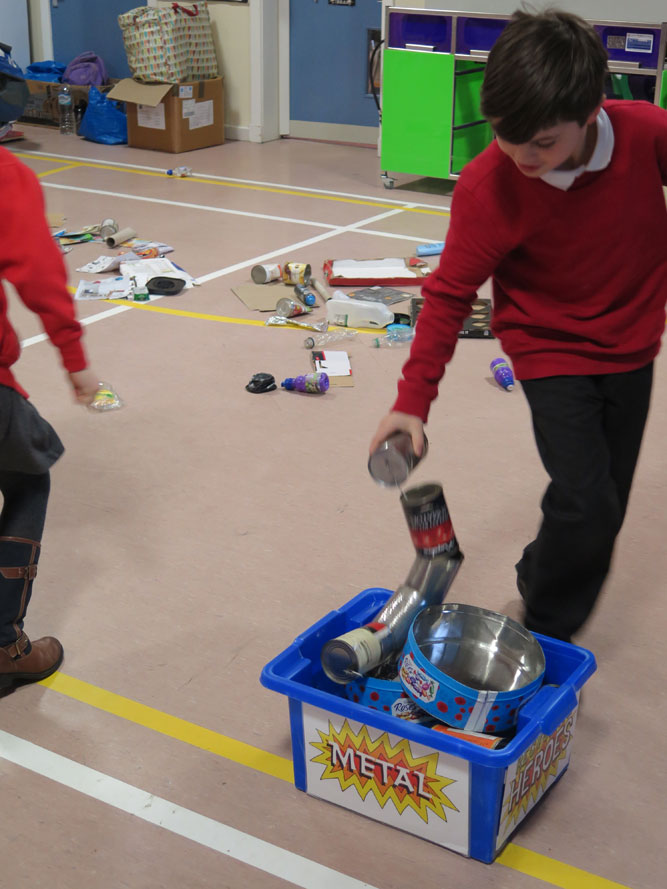 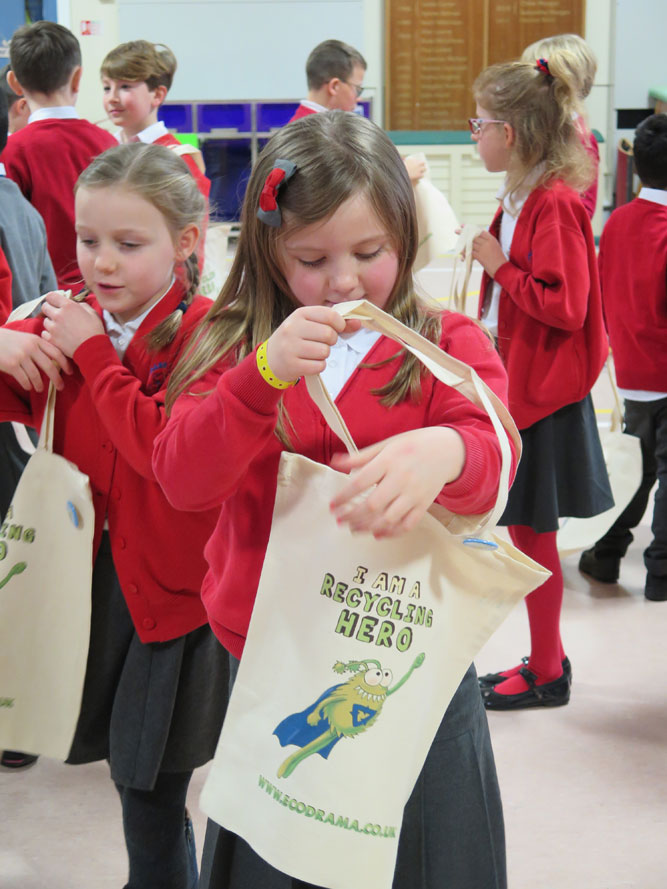 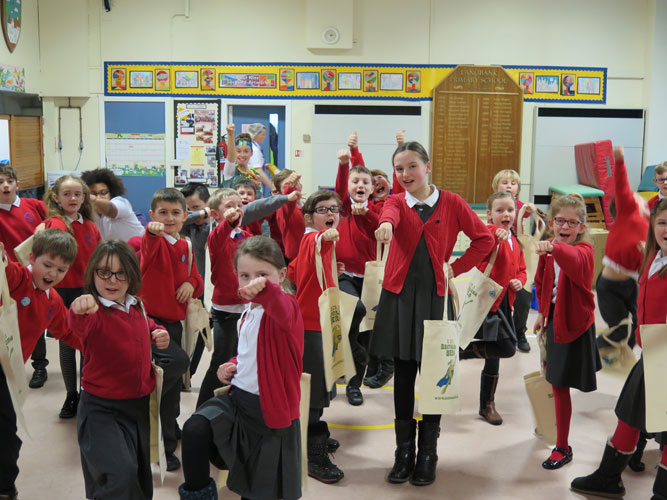 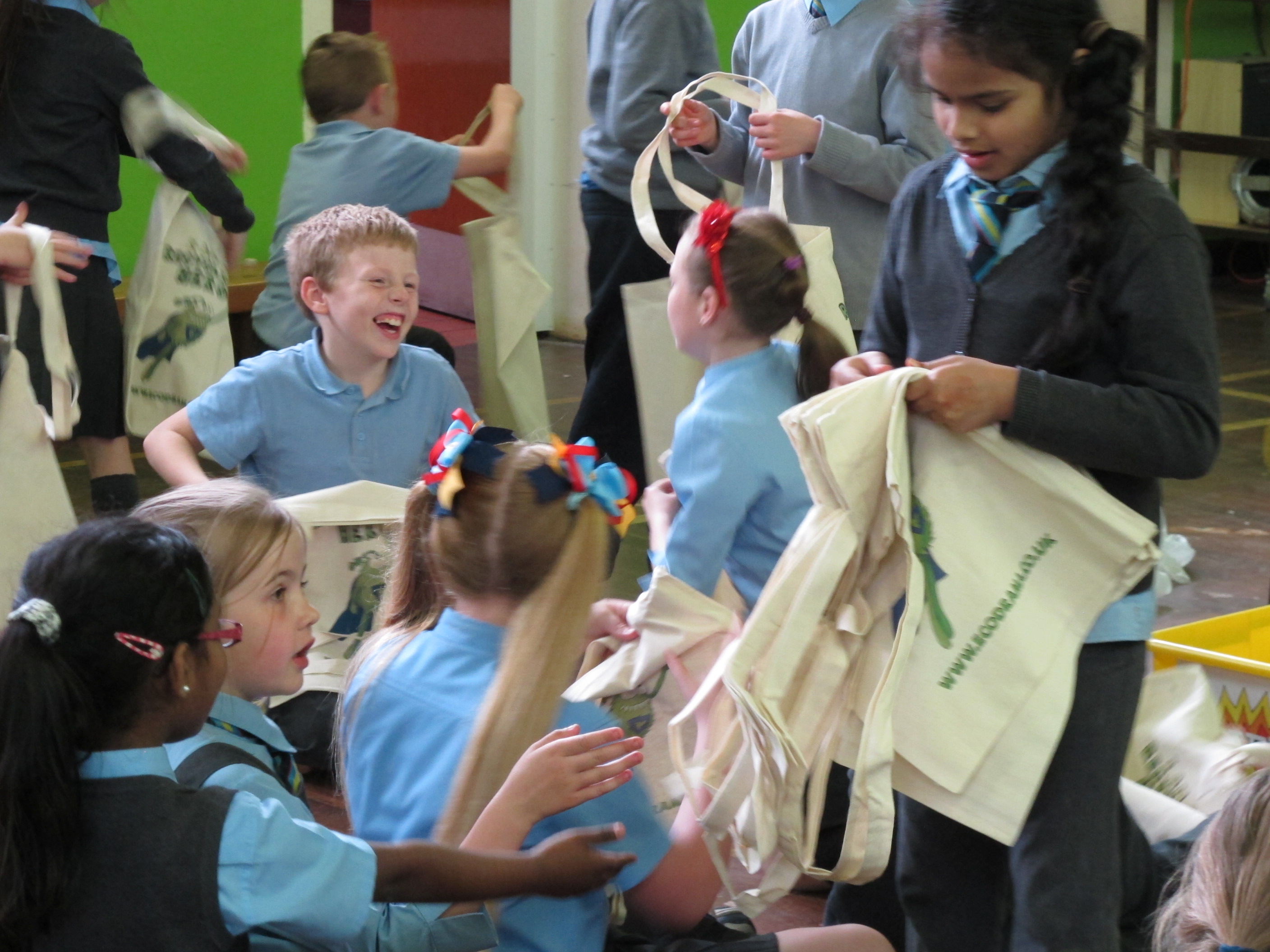 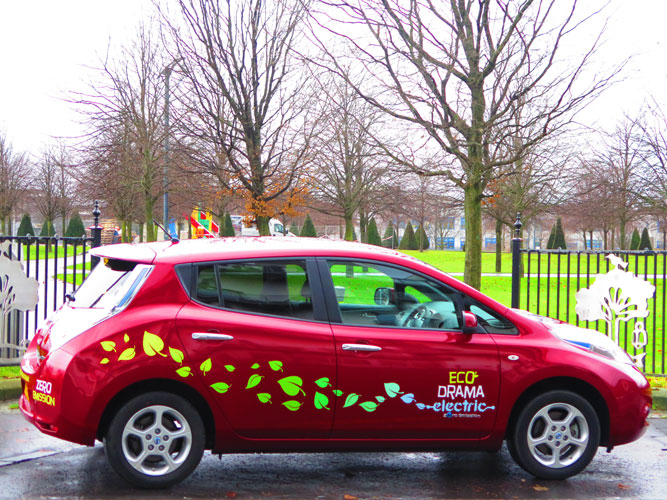 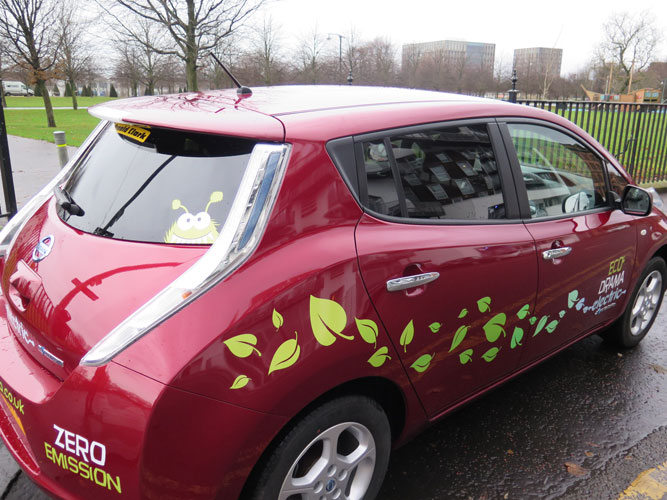 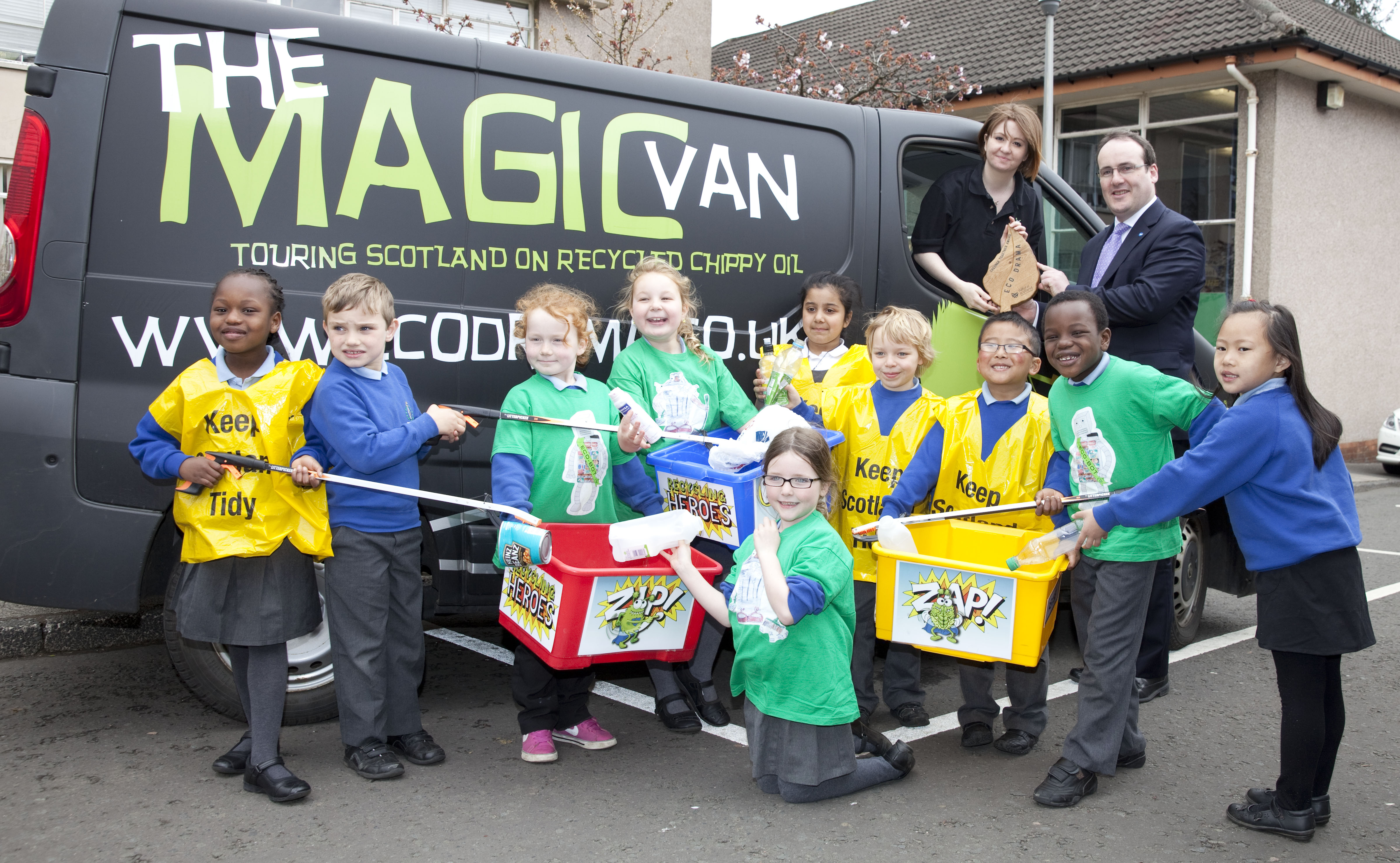 Recycling Heroes is an interactive creative learning experience written around the principles of Reduce, Reuse and Recycle. Through a fun and informative drama workshop led by the fearless Bag Girl, participants are encouraged to find their own inner recycling hero and rid the town of the menacing Rubbish Monsters! “The workshop leader was superb. She had P1-3 enthralled for an hour. Absolutely excellent! It was so interactive the timing was great.” Jenny Meighan, P1/2 Teacher Uplawmoor Primary

“The themes – re-use, reduce, recycle were very relevant and were delivered in a fun way, which engaged the children”
Class Teacher, Cunard School, West Dunbartonshire Number of workshops to date: 613
Beneficiaries reached to date: 18,766

Workshop Launch on The Isle of Eigg, Big Green Challenge Festival 2009 – May 2009